This week is Spring Break for us. And we’ve been ranting that it isn’t part of Easter this year. And we stayed home instead of travelling to get some work done around here….

Linking up with Jennifer at Conversion Diary for Seven Quick Takes. 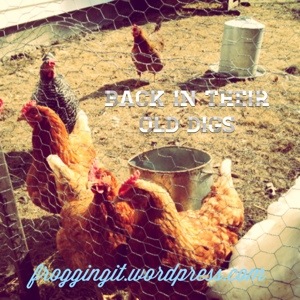 1. The temperatures have not been quite so low as they had been for a while, but there’s been quite a bit of moisture in the air, which makes it feel so much colder. Everything is melting. Mud is everywhere. Ugh. And we finally moved the chickens out of the garage into their coop. Now it’s time for the great poop scoop (clean up the garage!). Is that snow I’m seeing?! Nooooo! 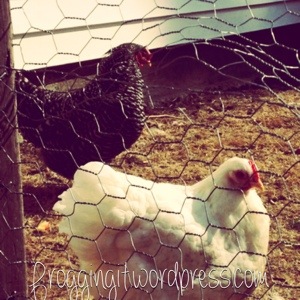 2. The library has been my favorite place lately. Michael and I take turns going without the kids. I know. We should take them with us. But Alasdair runs all over and I get tired of chasing him around the library without raising my voice above the “library voice” standard, or distracting all of the people who apparently think the purpose of the library is to let them play “Bejeweled” for thirty-minute increments on the Internet. So, we take turns, rotating each week. And this last week I got a glorious full hour at the library!

3. We have decided to cut Netflix. At least until Lent is over and for as long after that as we can bear. We have not been using it except once a week or so for the kids, and for now it does not make sense. Especially since the library seems to have so much available on DVD. Instead of “My Little Pony,” I found a Beginners Ballet video for them. 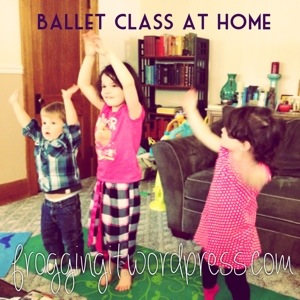 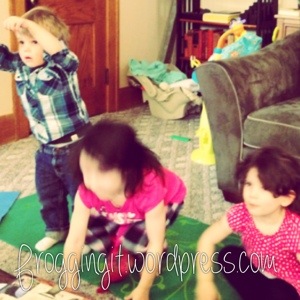 As you can see, they need a little work. But I think they enjoyed the activity.

4. Along with my love of the library, I have a big of a frustration. I am reading Sigrid Undset’s Kristin Lavransdatter series for the first time. In our city’s entire library system, there is only one copy! And book 2: The Wife is currently checked out. Now, what I’m about to tell you will just tell you how…weird I am. When I checked out book 1, I had to put it on hold because someone else had it checked out. When I finally got the book, the previous reader had left her little library slip inside. After I finished book 1, I was a little desperate to talk to someone about it. So while I waited for Michael to finish what he was reading so he could hurry-up-and-read-this-book-so-we- can-talk-about-it, I searched the other reader’s name on Facebook, hoping she would be there and I could talk to her about the book. Weird right?

5. Sue, the library lady is not on Facebook. Because she’s, like, 100. I guess if who you’re looking for is not on FB, it automatically does a google search for you. So when I searched, I got a newspaper article about her and her friends and their adorable reading group. There was also some mention of her previously being a teacher. Which is why I’m so annoyed right now. I have had book two on hold since the middle of February. It was due back to the Library on March 13. Since that day I have been waiting very impatiently for my little e-mail notification letting me know its available & I can commence ignoring my family for a few days. This morning I got on just to see if for some reason the book was available. Now it is not due back until 4-3-14!!! Mine has been the only hold on the book…the computer tells you that much. Sue has taken advantage of the teacher privilege of not having to return a book on hold!!! Shaking my fist in the general direction (?) of my library nemesis.

6. Patience is not a virtue I possess. I’m working on that. Well, here’s the thing. I’m powerless to get that book from that teacher right now. Holds mean nothing! But, my husband is a teacher. So before Sue gets her hands on book three, I will be picking that one up with hubby’s card, and perpetually renewing it until I have read the entire series. Bwa ha ha ha! Evil? Hmm maybe. But seriously, it should not take her six weeks to read this book! Obviously she is not that interested! Just hand it over!!!

7. This week was Michael’s Spring Break. We had home projects planned and I’m sad to report we did nothing to the house. But we had lots of great fellowship. Surprise overlapping zoo visit with some new friends, dinner with the same new friends for St. Patrick’s Day, Beautiful St. Joseph’s feast at church Wednesday, dinner with our priest here last night, birthday party this morning, church again tonight….busy week, but so refreshing! 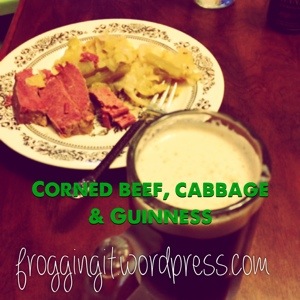 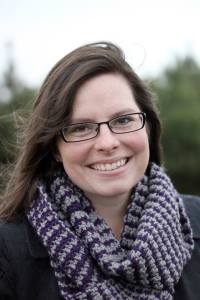 Hello, I'm Marcy! Catholic mama of four. When I have time, I'll be curled up with a good book, or a knit or crochet project. But when I'm busy with my "day job," you'll find me homeschooling, pinching pennies, playing in the kitchen, and working it as an independent consultant for Thirty-One Gifts. I hope you enjoy!

Shoot me an e-mail if you have any questions! marcyfroggingit (at) gmail (dot) com